RFFA (Rotarains For Fighting AIDS), Australia Chair PDG Fred Loneragan received the RFFA Hero award at the District 9700 change over last night in Leeton. Here is PDG Fred receiving the award from IPDG Ian Simpson. This award was made by the full board of RFFA and is in memory of the CEO of RFFA, Marion Bunch, whose son Jerry contracted AIDS from a blood transfusion.

Jerry was the catalyst behind Marion forming the RFFA Action Group to fight HIV/AIDS through Rotary. 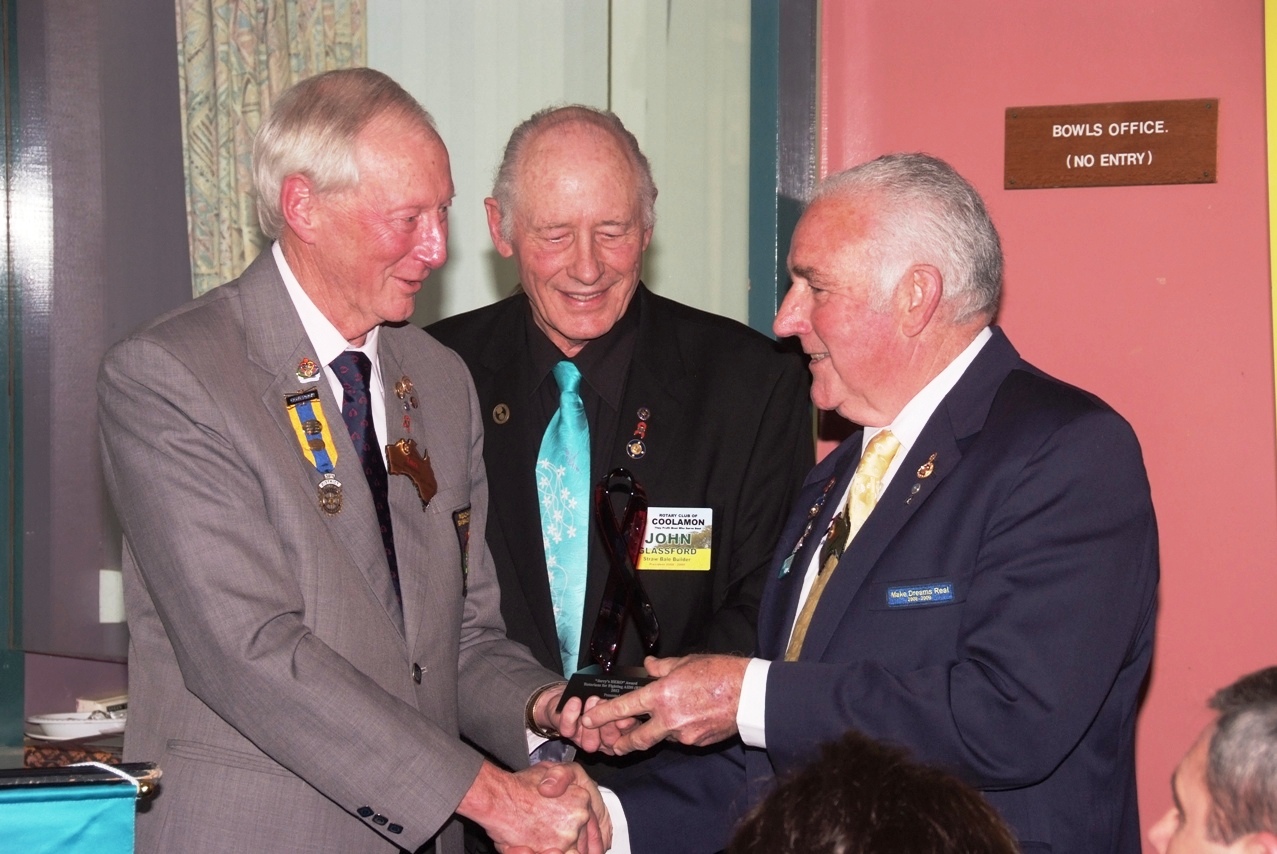 “The annual District 9700 Change Over was held at the Leeton Returned Soldiers Club in conjunction with the Leeton Rotary Club’s 71st Change Over Dinner.  Over 170 Rotarians and their partners were present at the function.  It was a long night and the best was left to almost last which was the presentation to PDG Fred Loneragan with the RFFA Jerry’s Hero Award.  DG Ian Simpson made the presentation and introduced John Glassford as a RFFA Board member and of course PDG Fred.

DG Ian read out a message from Marion Bunch which was warmly received by all present.  The award is a beautiful crystal red AIDS ribbon, made in Atlanta, delivered to Bangkok and then to Leeton in ONE piece.  Fred was very surprised and delighted to receive the award on behalf of the children of Africa.  The dinner then concluded with the change over from IPDG Ian Simpson to incoming DG Greg Brown.”