We are now in the early planning stages of our next major project for Africa.

We are going to climb Mount Kenya to celebrate ANZAC Day 2015, the centenary of ANZAC Day.  Summit on April 25th 2015.

We will be taking two teams one to climb Batian (5,199 metres (17,057 ft) the second highest peak in Africa behind Kilimanjaro, the other team to go to Point Lenana (4,985 metres (16,355 ft).  We are looking to take some Australian, New Zealand and Turkish soldiers with us on this adventure.

The beneficiaries will be the Orphan Rescue Kits for the education of disadvantaged children in Mathare an overcrowded suburb of Nairobi  The funds will go to orphan rescue education for secondary school children from Mathare.  The next beneficiary will be Coolamon House in Hout Bay our twin Rotary club.  As well we will be raising funds for Legacy Australia and the RSA New Zealand who both look after the widows and children of our returned soldiers.

We are looking for expressions of interest to join us on this unique adventure in Africa.  More details will be forthcoming via this web site and by writing to me John Glassford email: john (at) glassford.com.au or by calling me on (02) 6927 6027 or if overseas 61 2 6927 6027.

Stay tuned and book mark this page please.   Thank you. 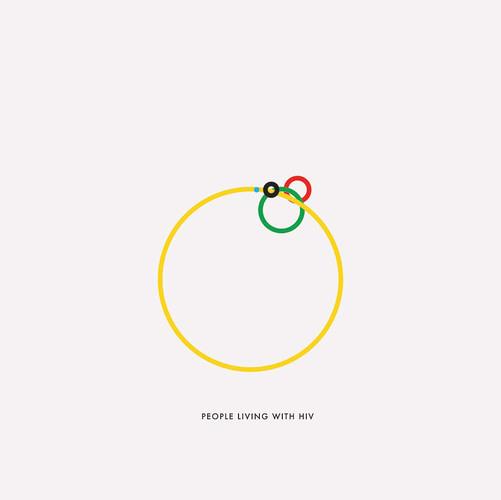 Here’s some food for thought as you watch the Olympic Opening Ceremony tonight: What if the Olympic rings were used to show inequalities between regions?

This infographic by designer Gustavo Sousa uses the Olympic rings to show the number of people living with HIV across the regions.

Keep an eye on the blue bubbles they represent African countries. A most interesting look at the world and with some optimism. There is also mention of the impact of AIDS on South Africa.

Thanks to Jon Deisher from the Rotary Club of Anchorage, Alaska. 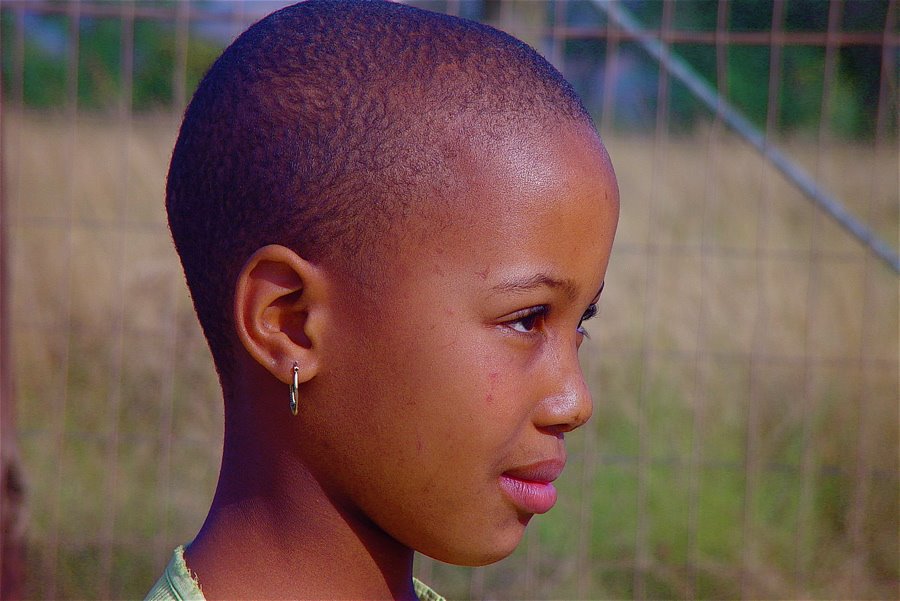 Afraid is something I can talk
about, she said, her eyes wide
in the dark of her young face.
I was afraid my mother would die
because she took care of us and she
was my mother. She died in spring.
I was afraid my father would die
and it would be only me and my little
brother. He died the next winter.
Now I am afraid when I hear animals
at night. There’s a leopard here.
I’m afraid when I hear men’s
voices drunk outside, even baby girls
are not safe here. I use different
voices and rattle things to make
them think we are not alone.
I am afraid when I have no candles
left, night comes so soon. I am afraid
when our meal is running out,
I know I will have to teach my little brother
to steal. I am afraid I cannot get
to the school when it rains, and
then there is no hope. Afraid
is something I can talk about.

Please visit the web sites below where credit is due:

– By Peggy Goetz, from “Africa Unfinished”

Thanks to Megan MacDonald for her wonderful writings: 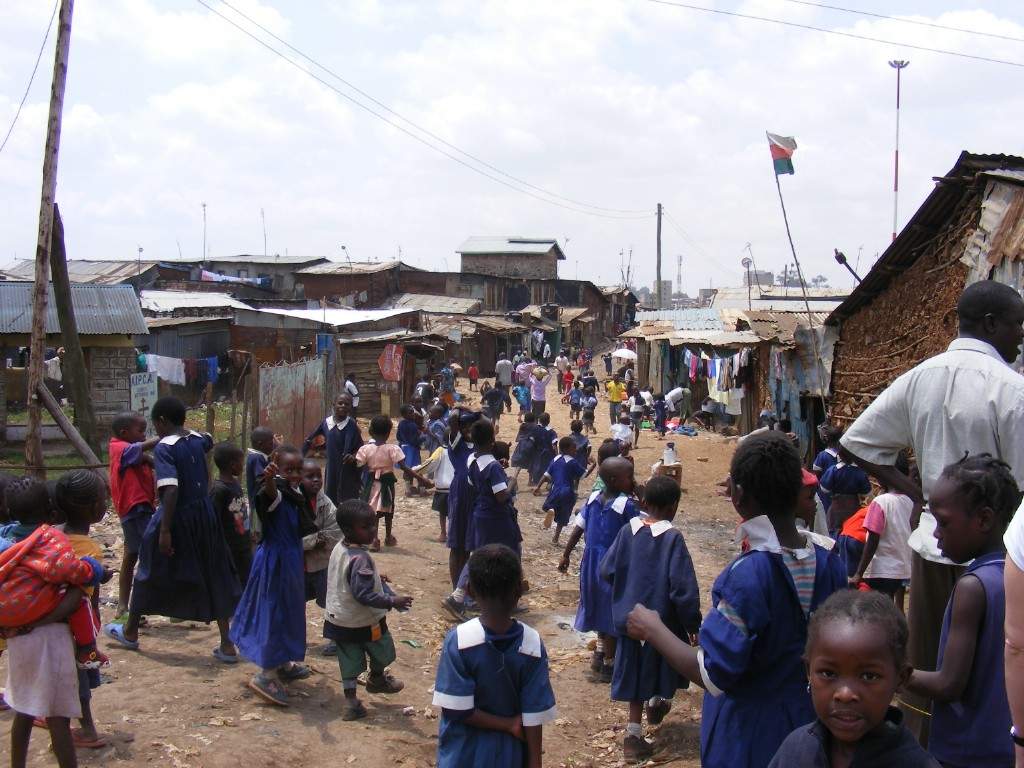 Children of Kenya who we will help.

Several Australians will be joining this wonderful project in a few weeks time. News and photos of their work in the slums of Nairobi will be published here as they come to hand.

ROTARY District 9700 Governor Elect Fred Loneregan announced at the D9700 Assembly held in Young, N.S.W., on May 4th. that he has made The O.R.K. project his project for 08/09 and that he asked the clubs in his district to support The O.R.K. in his year as District Governor.  DGE Fred set a goal of 200 O.R.K.s for the District to raise.

There was excellent support offered by the Clubs after DGE Fred announced the challenge.  Some ideas canvassed on raising the money to invest in The O.R.K.s included holding an International African night in various Rotary cities and towns in the district.

The money raised by D9700 will go to the Orphan Rescue Kits for the slums of Mathare in Nairobi, Kenya.

John Glassford R.F.F.A. (Australia) thanked DGE Fred and all the Rotarians present for their continued support for the orphans of Africa.

Top photo DGE Fred Loneregan in action at D9700 Assembly launching his project for 08/09 The O.R.K. The lower photo shows Rotarian Ron Walter inspecting The O.R.K. in Young. Ron and his Rotarian wife Marilyn are going to join the Mission to Kenya in September in Nairobi. Good on you Ron and Marilyn and thank you DGE Fred and Rae for your wonderful support.

Worldwide, it is estimated that more than 15 million children under 18 have been orphaned as a result of AIDS. More than 12 million of these children live in Sub-Saharan Africa, where it is currently estimated that 9% of all children have lost at least one parent to AIDS.(UNAIDS, 2006 Report on the Global AIDS Epidemic, Chapter 4: the impact of AIDS on people and societies)

Over 15 million, for those of us so very blessed to reside in Australia that is near our entire population..to visualize it is heart breaking, to assist in alleviating the hardship of even just one of these, the most innocent among us, is incredibly meaningful.

You can help change the world, one child at a time

(subject to change depending on cost of airfare)

A Project of The Rotary Clubs of Metro, and , North, PA and North, , Rotary Districts 6900 & 7390. And Rotarians For Fighting AIDS. For further information about the trip or to make a tax-deductible contribution or donate supplies to assist the medical team.

Fast Facts about the

is home to one of the largest populations of children orphaned due to the HIV/AIDS epidemic. Most of them live in extreme poverty in child-headed or adolescent-headed households or with grannies who have no means of supporting them. Education is the only way out of poverty, but unless they are well enough to attend school, that opportunity is lost. As well, many of these children have only one meal a day, which they receive at school. So keeping them in school is very important. During this mission, the children will be screened and treated by pediatricians, dentists and eye care professionals. They will also receive health education, including proper hand washing, tooth brushing and HIV/AIDS prevention information. Both Rotarians and non-Rotarians can join the mission team. Kenyan medical professionals and non-medical volunteers will work with us.

“The increased spiral of adult deaths in so many countries means that the number of children orphaned each day is expanding exponentially. Africa is staggering under the load.“ – Stephen Lewis, UN Special Envoy for AIDS in Africa

A disturbing statistic to support the assertion of the amazing Stephen lewis, of an estimated 15 million children who have been orphaned (under 18) worldwide, 12 million of those live in Sub-Saharan Africa, where it is currently estimated that 9% of all children have lost at least one parent to AIDS
“UNAIDS, 2006 Report on the Global AIDS Epidemic, Chapter 4: the impact of AIDS on people and societies”

By 2010, it is predicted that there will be around 15.7 million AIDS orphans in Sub-Saharan Africa.

“UNAIDS/ UNICEF/ USAID, ‘Children on the Brink 2004: A joint report of new orphan estimates and a framework for action’ “

THE MATHARE SLUMS IN NAIROBI KENYA.

NO Running water; NO toilets; NO hope.
RFFA {Rotarians For Fighting AIDS}, is here in the Mathare slums with Hope World Wide to rescue orphans in a partnership called “The Africa Partnership for Children Orphaned and at Risk or {ANCHOR}”.
It is here that we will distribute the first O.R.K.s in Nairobi. See our section on what is an O.R.K.

MPIKA, Zambia, 11 March 2008 – One in five pregnant women in Zambia is HIV-positive. It is a heart-stopping figure, but it also explains the increasing rates of paediatric HIV that doctors are facing in hospitals and clinics across the country.

In Lusaka, the capital, recent data from the University Teaching Hospital indicate that an estimated 40 per cent of all infants and children admitted to the malnutrition ward are HIV-positive. This information has been gathered as a result of the hospital’s policy of offering voluntary HIV testing for every mother, infant and child who is admitted.

Such critical details on HIV are not available throughout Zambia, however. Outside of urban centres such as Lusaka and Ndola, families lack easy access to hospitals and clinics. For example, in Zambia’s largest district, Mpika – home to about 165,000 people – there is just one government hospital, Mpika District Hospital, and one doctor, Mulindwa Tarcis.

Reaching the most vulnerable

Known and respected throughout the district, Dr. Tarcis is surrounded by some of the most capable and dedicated nurses and community health workers anywhere. Together, he and his team tirelessly reach out to the people of Mpika, especially mothers and children vulnerable to HIV and AIDS.

Last year, UNICEF helped Dr. Tarcis organize a mobile HIV/AIDS unit to reach the most vulnerable. He recruited some of his best staff for the innovative project.

“There are no decent roads into the district, and no one has transportation anyway,” said Bowas Lukama, who now coordinates the prevention of mother-to-child transmission (PMTCT) of HIV in Mpika. “So UNICEF donated the vehicle and some supplies to get us started. Now we travel the district regularly, visiting the 19 health posts throughout the area. Sometimes, we arrive to queues of over 100 people waiting to be tested.”